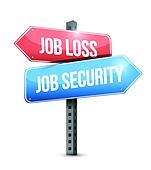 Ever wonder why our government allowed our companies to outsource our jobs? What exactly were they trying to accomplish?  Back in the 1990’s our companies began outsourcing and off-shoring our jobs to third world countries. It wasn’t that we had too much work and not enough workers.  They were taking the jobs that Americans were performing, shipping them to third world countries and firing the American workers. Is it any wonder that we have so much unemployment and our economy is not growing as it once did?  The decision makers back then obviously had a different agenda than keeping the American people employed and the American economy in good shape.  It’s time to correct this trend and bring our jobs back.